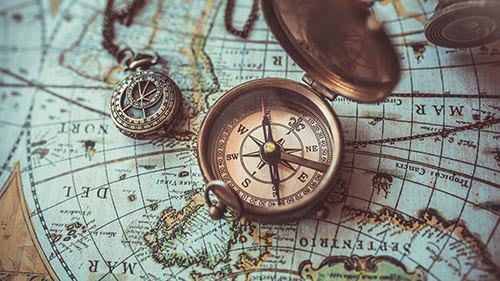 When I first started studying these spiritual tools in 1996, I was so drawn to them and inspired by what I was learning, I found myself wanting to know where they originated from, who created them, why they created them and why they felt so powerful to me.

I started asking questions. My questions led me to a fellow named Lewis Bostwick whom I later learned founded a center called Berkeley Psychic Institute, which is a school in Northern California that is set up like a university of spirituality or a church, with a full program starting with Meditation I, II, III, IV, and V, which would take a year to complete, a 2-year long clairvoyant program, then a 2-year hands-on healing program, after that a 5-year TM (trans-medium) program with the pinnacle being the One-To-One program.

My first classes were with a lady named Rosemary Bossi whom had learned these tools directly from Lewis Bostwick and was, at that time, holding basic Meditation I and II classes in her home. I studied with her until I felt I had outgrown her and subsequently found True Insight Spiritual Center which is set up in the same style as Berkeley Psychic Institute and has all the same programs from beginning to end. I am still there and loving it.

I have met many people over the past 22 years who are teachers, practitioners and masters of these magical spiritual tools I love so much. I have asked all of them why Lewis created these tools in the first place and I received different answers from everyone; answers such as he was born clairvoyant and sensitive to the energies around him and wanted to create a center where people who were also sensitive and clairvoyant could come to for healings and education and development of their gifts.

I also heard that he created these spiritual tools to help old souls bring all of their karma and history of multiple human bodies on this planet into present time, speeding up the process by using these special spiritual tools to call all of their essence back in one lifetime, learn to utilize and practice neutrality and move closer towards becoming a “body of glass”. I loved and still love the idea of becoming a body of glass moving around on this planet in my own bubble of clarity and neutrality so much that this is one of the main reasons I have gone so deep and continue to go so deep into these spiritual tools.

Below, I will share with you some information I found via my Google searches on Lewis Bostwick. Perhaps this will help you understand the spiritual tools a little better, help you in your own journey with them, and enable you to have a deeper understanding of their power and usefulness.

In my search for information about Lewis, I found an obituary written by his wife, Susan Hull Bostwick, who is also a teacher and practitioner of the spiritual tools and whom carried on Lewis’ work through the Berkeley Psychic Institute.

Bostwick, President of the Board and Archbishop of the Church of Divine Man, also founded the Church of Aesclepion Healing and Marin Birth Center in San Rafael, California, both organizations dedicated to the expression of spiritual healing and psychic abilities.

As a child, he assumed that all people could see auras (human energy fields) and knew of occurrences happening in the future. After predicting the death of a neighbor, local fires, and other commonly unforeseen events, he realized that there was something different about him; he was a clairvoyant.

He traveled to Russia, Africa, India, the Philippines and China gathering spiritual information which would become part of the foundation for the Church of Divine Man. He taught the teachings of Jesus from the New Testament: “What I can do, you can do also and greater things than these shall you do” (John 14:12).

In the early 1970s, Bostwick’s customers, employees and friends began to ask him for spiritual healings. It was at that time he realized that the power to heal was something all people have within themselves. He was also aware that there wasnšt a place where a sensitive person could go and spiritually heal himself. Thus, on November 8, 1973, he founded the Church of Divine Man and its seminary the Berkeley Psychic Institute, a sanctuary for sensitive people.

During the past 22 years, Bostwickšs teachings in the Berkeley Psychic Institute have reached more than 300,000 people at the eight seminaries and five parishes of the Church from Sacramento to San Diego. His seminary has taught more than 100,000 men and women in its beginning Meditation and Healing classes. More than 2,500 psychics have graduated as ministers from the clairvoyant training program. Graduates have opened psychic institutes in Holland, Australia, Canada, and in the United States in Washington state, Oregon, New Mexico and Illinois.

In 1986, Bostwick founded the Church of Aesclepion Healing which currently trains individuals in trance channeling and spiritual healing. In 1983, he co-founded the Marin Birth Center with his wife, Susan Hull Bostwick. The center is designed for birthing body and spirit together in a medically safe and spiritually free environment. It is currently the
only medically accredited, free-standing natural childbirth center in Northern California.

Born Lewis O. Stewart on May 30, 1918, in San Francisco, Bostwick was the only child of Ruth Oster and Oliver J. Stewart. His mother later married Rolla Bostwick, who adopted Lewis.

Bostwick was raised in Oakdale and Oakland. He attended Castlemont High School before serving in the United States Navy during World War II from 1944-1946. He received an honorable discharge with the rank of Motor Machinists Mate Third Class. In 1946, he married Jennie Bell Bridgeford of Petaluma. They raised two children, Jeanne A. Jackson and Linda J. Bostwick and lived for more than 20 years at their home at 2229 Ward Street, Berkeley.

After the death of his first wife, Bostwick later married Susan Anita Hull in 1974 with whom he raised their two daughters, Lili A. Bostwick and Dawn Rose Bostwick. He was a watchmaker and jeweler by trade and owned Centre Jewelers, 4340 San Pablo Ave, Emeryville in the 1950’s. Later he owned and operated AAA Commercial Cleaners, an industrial laundry in Oakland, California.

He was a 50-year member of Plymouth Lodge of the Masonic Order. He was a member of the Eastern Star, Rosicrucian Order, and Veterans of Foreign Wars.

In my Google searches on Lewis, I also found a large library of recordings of his classes, teachings, and lectures which can be found here:

I also found a Wikipedia page for The Berkeley Psychic Institute:

In further Google searches for information on Lewis, I found a book on Amazon written in 2012 by John Friedlander and Gloria Hemsher called Basic Psychic Development: A User’s Guide to Auras, Chakras & Clairvoyance. I didn’t read the whole book, but in skimming through it I found that the authors drew a lot of the information and spiritual exercises were drawn from Lewis’ teachings. I like the way the book feel and how it is written. If you would like to explore it further, here is the link:

I hope this information about Lewis Bostwick has been of help to you as you explore and learn these spiritual tools.